Yoga is a popular method to harmonize body and mind by practising movement in differnt body postures (Asanas). In addition to the asanas, a yoga class usually includes breathing exercises, deep relaxation and meditation. The aim is to bring body and mind into harmony, to ease stress and tension and sustain a calming effect.

At the SPA & RESORT BACHMAIR WEISSACH we offer a daily yoga lesson with our expert yoga teachers as part of our sports and activity programme.

How about a retreat at the Tegernsee and a break from everyday stress? How about a weekend where you can fully immerse with yourself, recover and regenerate? In addition to wellness, fine, delicious food and a good night's sleep, regular yoga classes are on the agenda and all of this at our beautiful Tegernsee. We offer numerous yoga specials with a variety of excellent  teachers.

Complete your recreational holiday with a relaxing yoga session in our Yoga Lounge. We offer  one yoga lesson a day with our expert yoga teachers.

Yoga sessions are free of charge for our hotel guests. 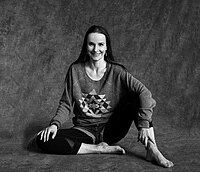 Our Concierge Team is happy to answer your questions and takes care of your requests by phone +49 (0) 8022/278-520 or hello(at)bachmair-weissach.com.

back to the sports & activity overview

You are using an outdated browser. Please upgrade your browser to improve your experience.